On April 30, Bank of the Sierra joined volunteer supporters for the Sound the Alarm event in Porterville, created and organized by the American Red Cross of Central California. Volunteers from the American Red Cross Central Valley Chapter, Porterville Fire Department, and Tulare County Fire Department also participated in the event. Participants installed free smoke alarms for families in Porterville. More than 100 alarms were installed on that day.

Sound the Alarm is part of a national Red Cross campaign to install 50,000 smoke alarms across the United States during spring 2022. According to the organization, seven lives are lost every day due to fires in the home, and smoke alarms reduce the chance of death by around 50 percent. The Sound the Alarm campaign offers families an opportunity to have smoke alarms installed in their home free of charge, when many would not otherwise do so because of cost or installation difficulties.

“Volunteering for Sound the Alarm was so much bigger than just installing smoke alarms – you’re saving lives!” said Madalaine Ward, Retail Support Specialist for Bank of the Sierra. “It was such a great experience.”

Sound the Alarm events have been held in the Central Valley and Central Coast, including events in Delano, Lompoc, Madera, Oxnard, and Selma. For more information, please visit SoundTheAlarm.org/CentralCalifornia. Since the program began in 2014, Red Cross estimates that at least 1,275 lives have been saved, and within the Central Valley alone, more than 10,600 free smoke alarms have been installed in almost 4,500 households.

The event helped kick off Bank of the Sierra’s new commitment to partner with the American Red Cross in ways that will help the communities we both serve. Bank of the Sierra recently donated $150,000 to the Red Cross so it could begin construction of a new, next-generation emergency response vehicle (ERV) that will be the first of its kind in the Central Valley. 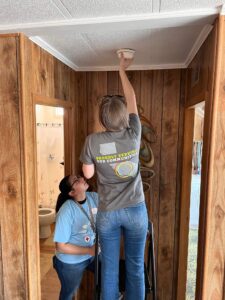 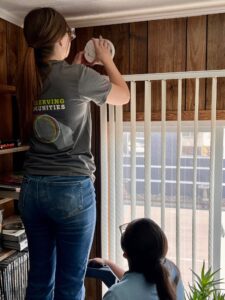